A native of Cleveland, Ohio, Paul Kendel Fonoroff began studying Chinese in high school, continuing at Brown and at Singapore’s Nanyang University. Turning his focus to film, he subsequently obtained a Master’s in Fine Arts at USC, and a grant to research Chinese cinema at Peking University. In 1983 he moved to Hong Kong, where he remained for decades, writing on film, hosting over a thousand television segments related to film (in Cantonese, Mandarin, and English), and appearing in approximately twenty movies.

Some of Fonoroff’s columns from these years have been anthologized in At the Hong Kong Movies: 600 Reviews from 1988 Till the Handover (Hong Kong, 1998). This was preceded by his Silver Light: A Pictorial History of Hong Kong Cinema 1920–1970 (Hong Kong, 1997), which was simultaneously issued in Chinese translation. Fonoroff’s collection of film publications and graphics was the source of many of the illustrations in Silver Light. The collection will be the sole source of the illustrations in his next publication, tentatively titled From Charlie Chaplin to Chairman Mao: A Pictorial History of Chinese Cinema and Its Magazines, 1921–51. 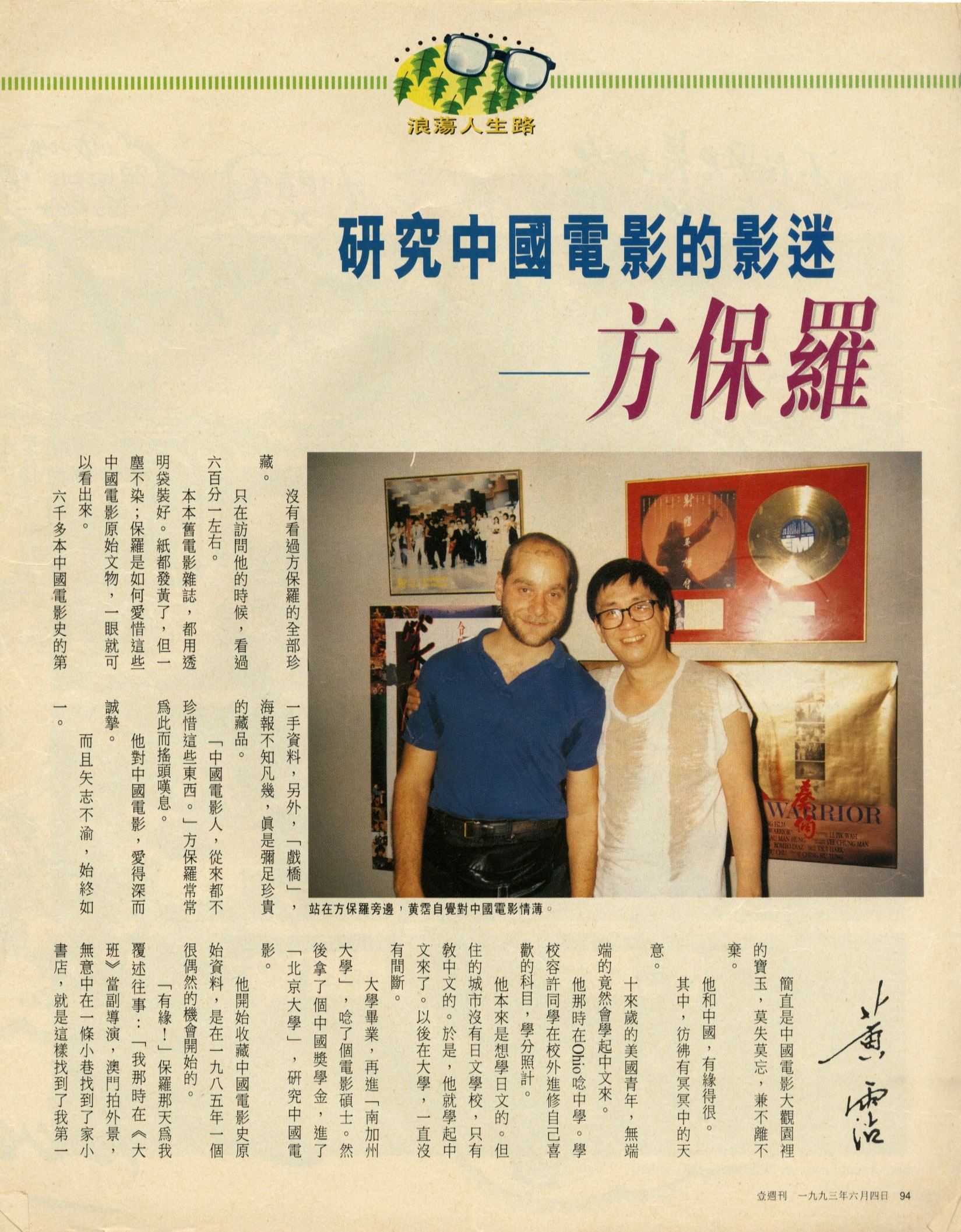 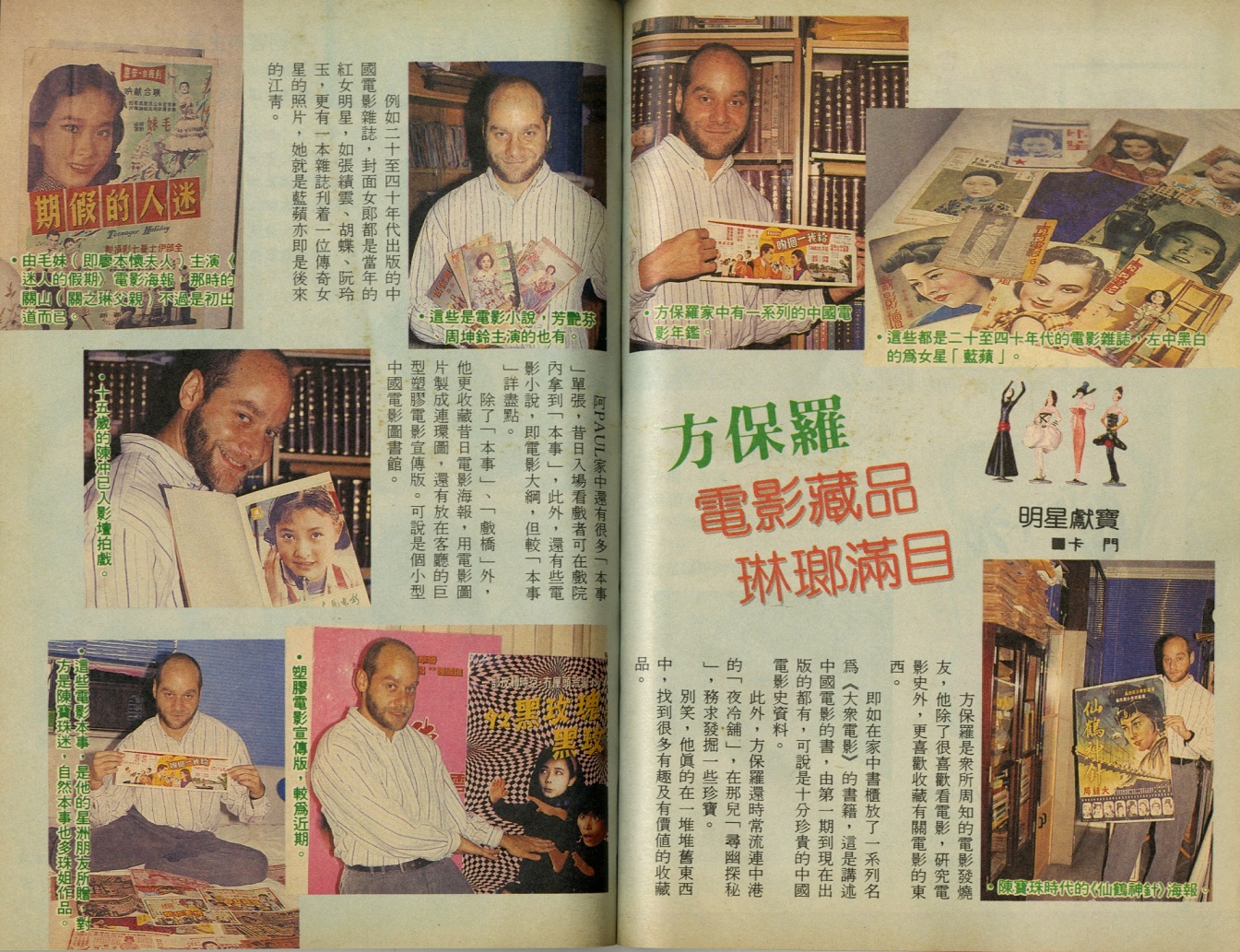 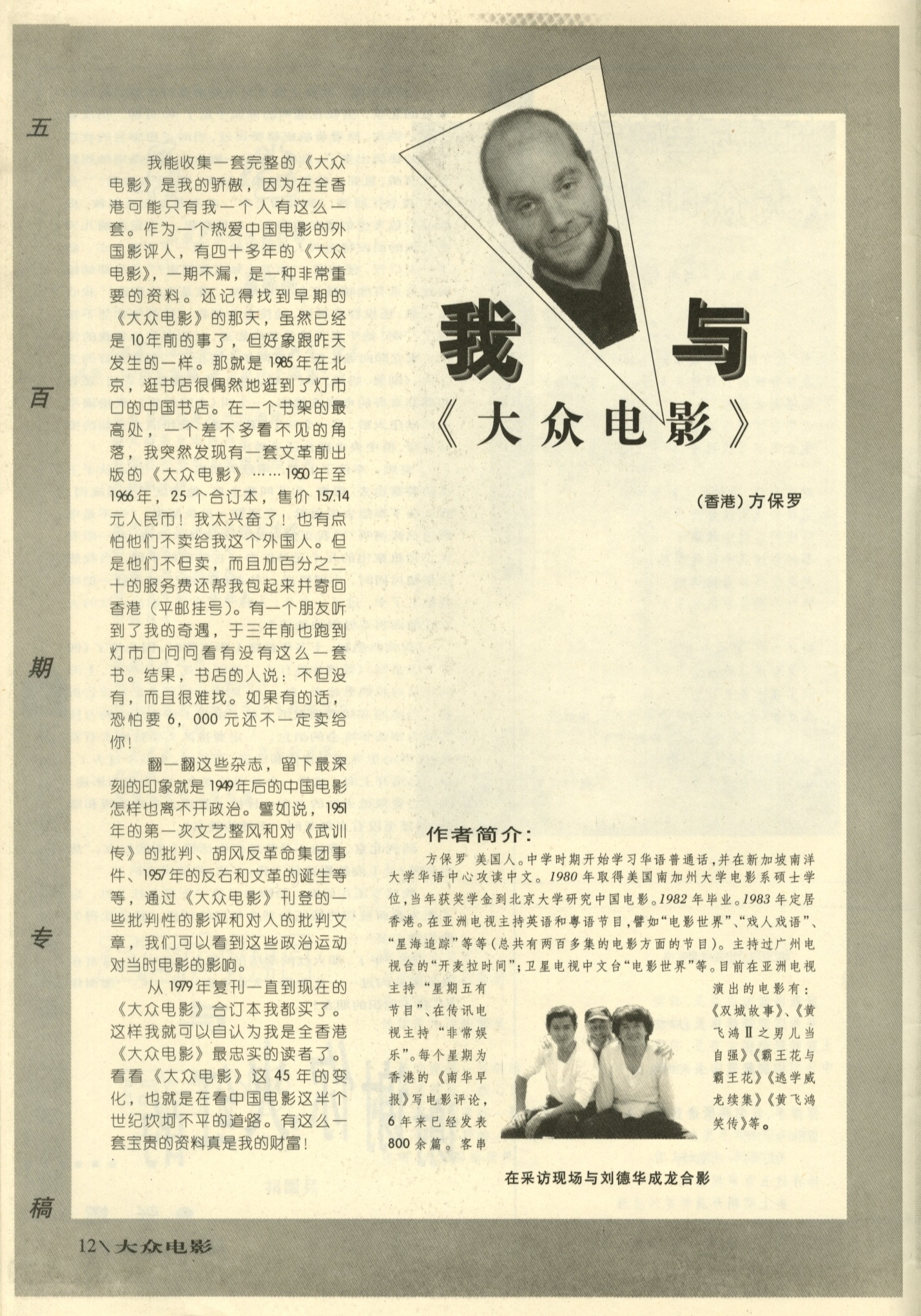 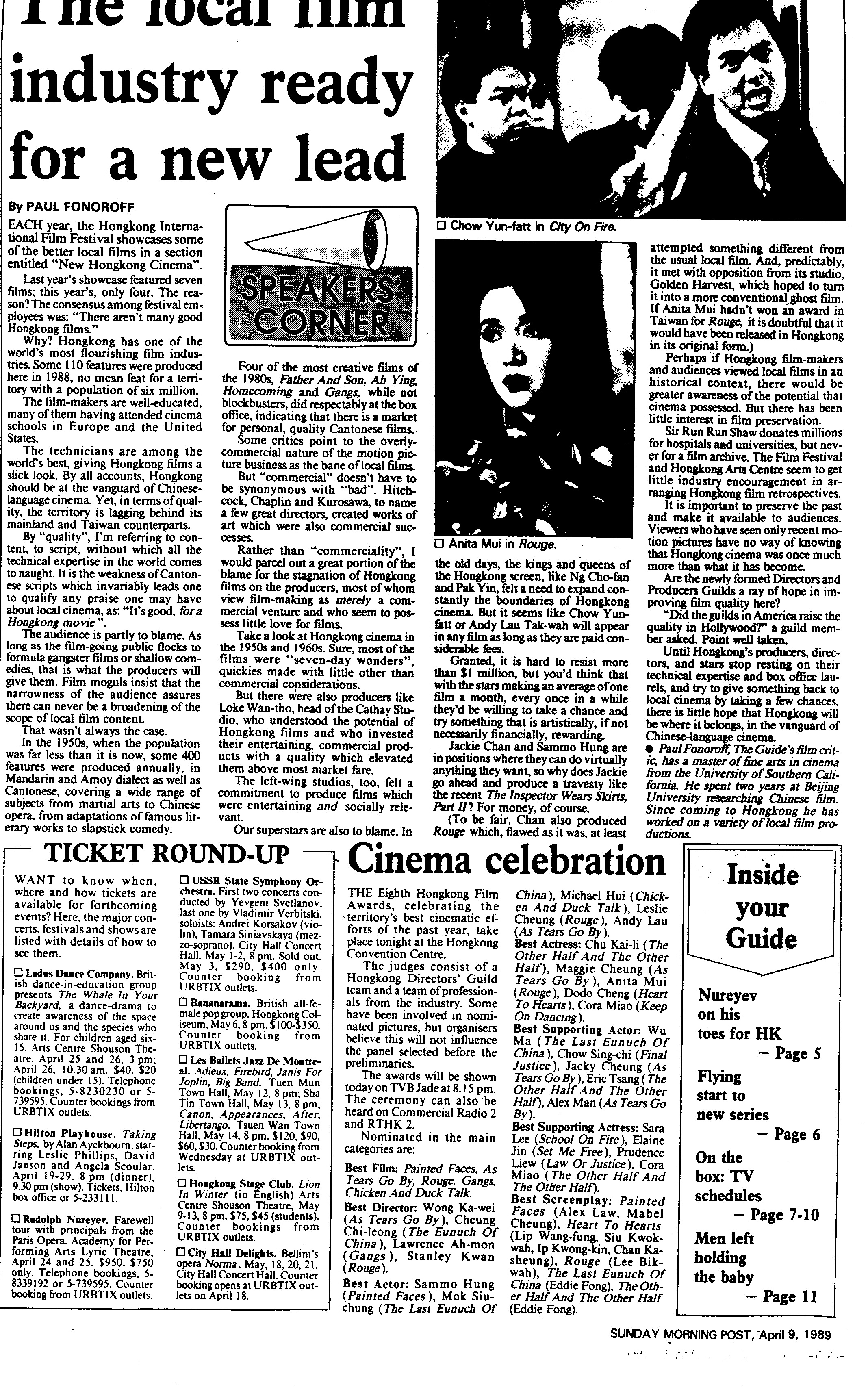 The local film industry ready for a new lead 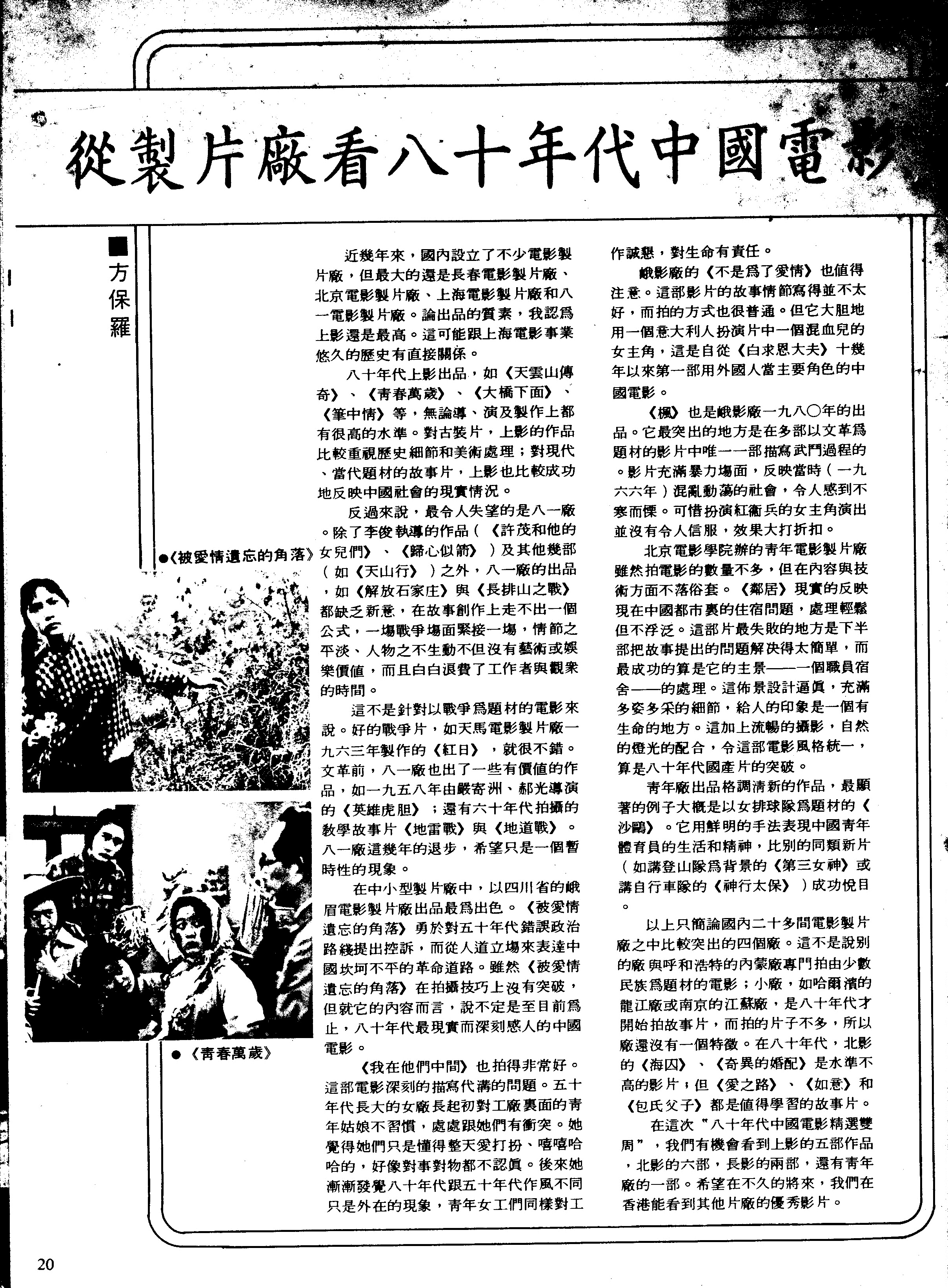 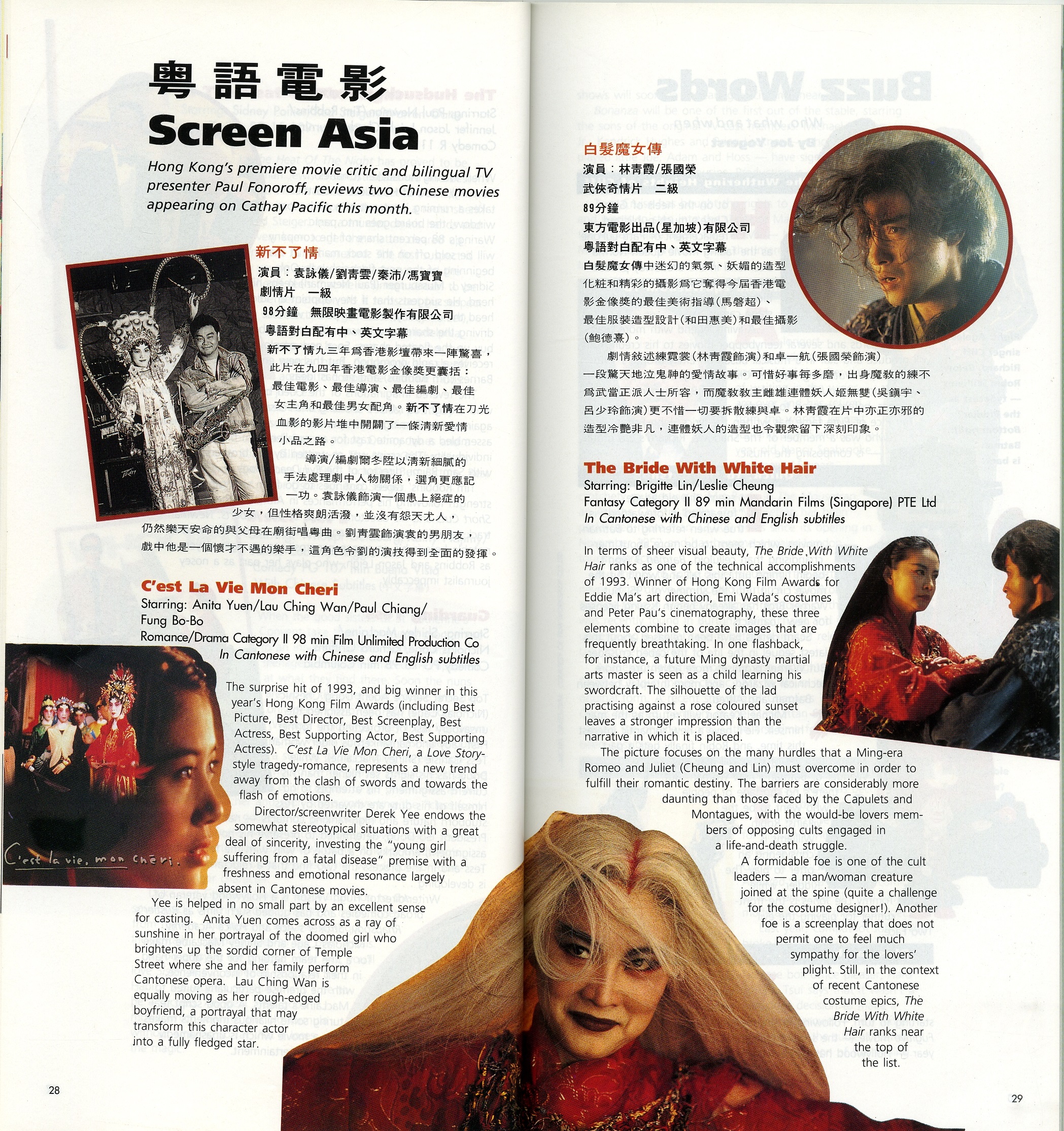 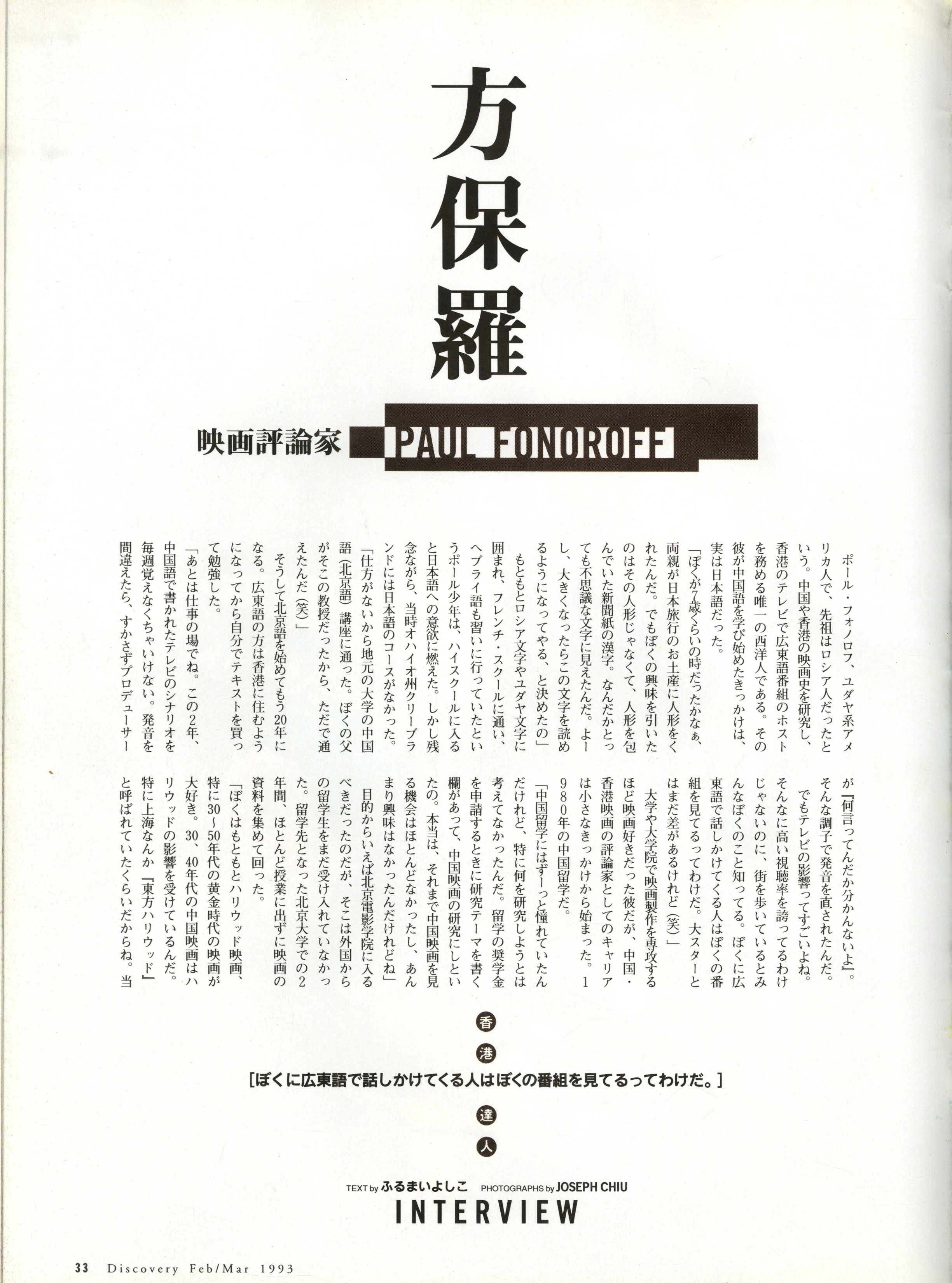